THE UNSUNG HERO OF THE HAMMOND ORGAN
by
Bruno Ceriotti
​The never been told story of one of the much neglected figure in the early development of British progressive rock begins in London, right after the end of the Second World War, when, as the favourite target of the Luftwaffe and of the pilotless V-1 and V-2 rockets, the national capital was a city in desperate need of large-scale rebuilding. It was in those postwar days where the streets were gap-toothed from the Blitz that Donald John Walsh was born on Saturday, December 15, 1945, in the East London district of West Ham. Don, however, didn't stay there too long to witness the city's rebirth, because six months later, in June 1946, he moved seventy miles away in the port city of Southampton, Hampshire, after he was adopted by the local Shinn family. As many British postwar families, the Walsh struggled to provide their child with all he needed so they were forced to give him up for adoption. Don never saw his birth parents again, and therefore has no memories of them. However, he inherited facial features from his Irish father and an aptitude for the piano from his mother.
​ 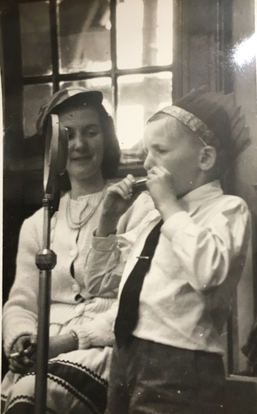 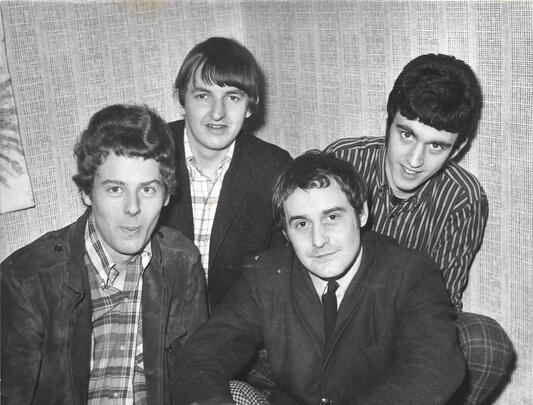 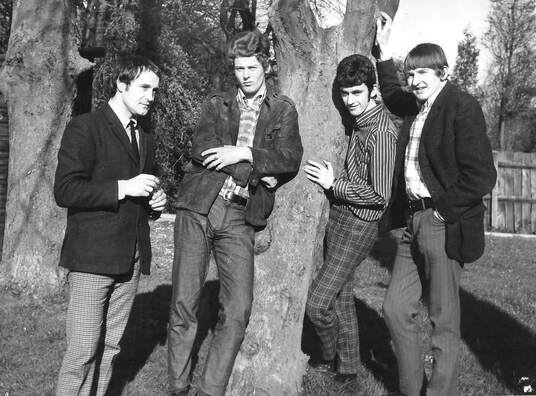 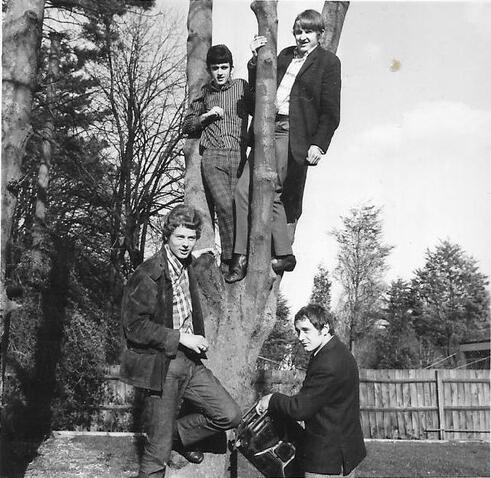 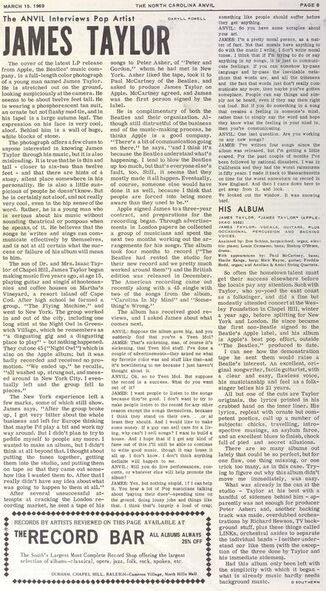 ​In the meantime, between gigging with the Echoes and recording with Taylor, Don occasionally played with an unnamed jazz trio that backed a variety of artists in a late night italian cabaret restaurant called Pipistrello in the London's West End. "I was part of that jazz trio with Tony Chapman. He was the original Rolling Stones' drummer," recalls Louis Cennamo. "For a while I doubled up, playing with James Taylor during the day and backing cabaret artists late night till 2 am. Don sat in when the regular pianist, John Coleman, couldn't make it. Although it was rather deadbeat and quiet most nights, sometimes my friends dropped by to jams with us. Peter Frampton and Andy Bown from The Herd, as well as Terry Smith, and even James Taylor came down once or twice and sang a 12 bar blues there, rubbing shoulders with magicians, belly dancers and other variety performers. Lewis Rich, formerly of The Herd, was compere for the cabaret and also sung with us. I think that was the last time me and Don played together. Not long afterwards we lost touch, as the music of life played on, and swept us along different paths, in different countries, and it's only now in 2019, so many years later, we have spoken again, by telephone, catching up a little on the dream years in between. As we spoke of so many things we had done since last meeting, it was clear that the same passion for the music of life was still as alive and timeless as ever in our hearts, and even in a short phone call, Don's love of life and passion for musich echoed my own, an ever deepening relationship with perhaps the only truly international 'language' that has no borders or boundaries. 'Music is Life - Life is Music'." In February 1969, Don's debut album finally appeared in the UK as part of the renowned 'Lansdowne Series' on the Columbia label. He had originally give it the title 'Don Shinn… Takes A Trip', with accompanying psychedelic artwork, but when Columbia baulked he came up with 'Temples With Prophets', reflecting his interest in esoteric philosophy; Columbia also replaced the intended imagery with a moody shot of him smoking a cigarette.

​The only known review appeared in Record Mirror of March 15th, and read "Organist and pianist, herewith introduced, along with guitar, bass and drums backing. A stylist who worked with the Echoes, backing group for several top names, and now in a curious but entirely satisfying mixture of styles. He wrote all the tracks for himself, and they include A-Minor Explosion and a couple of Monophonic Interludes For Pianoforte, no less." By the way, the album was also released in France later that year and there, because, well, you know, they were more liberal than the conservative Great Britain people, it was released under the original title and artwork cover! Far from any Hendrix-style success, thought, Don left the Echoes in the spring of 1969 (bored by being a  backing musician) and took a job playing in a cabaret trio in a country club in South Wales from the summer season. Meanwhile, his second album 'Departures' crept out on Columbia that August (and again only in the UK as part of the 'Lansdowne Series'), in a garish sleeve designed by Preston from a photography by Fred Warren. 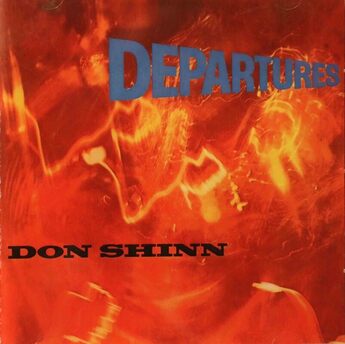 "An attempt, apparently, to ‘free’ the organ," sniffed Melody Maker on September 6th. "It just goes to show that jazz organ can be dull in any context." Record Retailer was barely more enthusiastic, writing "Shinn makes his kind of music with a little help from his friends, including the fabulous Stan Tracey. This album is strictly for jazz addicts and other musicians, but fans who know will recognise it." The jazz magazine Crescendo gave it the only considered review either of his albums appears to have received at the time: "24-year-old Don is influenced by pop, but only when it is valid. He has a freshness of approach and style that compares more than favourably with his fellow jazz organists. Apart from the ability to create rich sounds and beautiful harmonies from the keyboard, he has nimble feet, prodding the bass pedals with agility and dexterity, picking out some lovely notes. I shall watch out for his next album." Unfortunately, there was to be no next album, and with no momentum from his solo work, Don was involved in the formation of an adventurous nine-piece jazz-rock fusion band called Dada at the end of the year. Other than Don on on keyboards, organ bass and vibes, the lineup also featured Paul Korda on vocals, Jimmy Chambers on vocals and percussion, Pete Gage on guitar and bass, Martin Harryman on drums and percussion, Barry Duggan on alto and baritone saxes and flute, Malcolm Capewell on tenor sax and flute, Ernie Lauchlan on trumpet and flugelhorn, and last but not least, the not-yet famous female singer Elkie Brooks. In 1970, Dada signed with Atco Records (a division of Atlantic Records) and released a self-titled album which included four songs written by Don: 'Seed Of Peace' and 'Tonite Is' in collaboration with Paul Korda, and 'Organ Interlude' and 'Eyes Of The Warren' by himself. By the way, although it was released in the UK (November 20, 1970), US (mid-January 1971), Italy (1971), Canada (1970), France (1971), and Australia (1970), the album was a commercial flop in every countries!
​
Also in 1970, while he was involved with Dada, Don was again called to give his little precious contribute to an album of another artist, this time for Renaissance, a well known progressive rock band formed by singer Keith Relf and drummer Jim McCarty after the demise of the Yardbirds. So, on August 18, Don entered the Island Studios in London and played electric piano on the song 'Past Orbits of Dust', which was released a year later in the band's second album, 'Illusion' (where Don was misspelled as Don "Shin" on the back cover).
​
​Back with Dada, Don had finally the big chance to play in the United States after the band toured there from March to April 1971, armed with a new lineup that was now co-fronted by another future successful solo singer, the late Robert Palmer. "It was amazing, I’d never been to the US before," says Don. "But once we’d arrived I barely had any time to explore - we were constantly shuttling between gigs, with Canned Heat, Johnny Winter and many others. It was a lot to take in, and there was loads of craziness along the way…” Upon returning to the UK that spring, Dada evolved into another and more successful band called Vinegar Joe, but without Don who was "fired" because their label want to reduce the lineup. Don wasn't unemployed for long: later that year his old mate Pete Hunt invited him to participate in a new brass-rock band named Iguana. Other than Hunt on drums and congas, the band also featured Ronnie Taylor on alto saxophone and tambourine, John Cartwright on bass and finger drums, Bruce Roberts on guitar and vocals, and Chris Gower on trombone and tambourine. Don was never an official member of the band but, nonetheless, he played electric piano for them on several gigs and also in some of the songs of their self-titled album which was released by Polydor Records in April 1972 in the UK (and later that same year also in the US), but sold poorly.
​

Thereafter things went quiet for Don, who moved to Norway in April 1974 without telling anyone of his former musical partners and friends. He remained there for the next 20 years, playing in hotels, theatres and other venues, both as a solo pinaist and with local bands. He didn't pursue a recording career, though he did pop up as keyboardist on the self-titled album by Hungry Joe and The Blue Shadows in 1991. 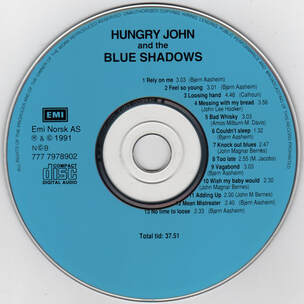 In 1995, he returned to Southampton to look after his adoptive mother, leading him into a fulfilling new career as a carer. Music was still his first love, however, so when he had time, he enjoyed playing the pipe organ in churches for weddings and funerals, and also teaching piano, taught chords and reading notes. However, he was, most of all, a recluse until 2015 when, after he became aware that the music he had made all those decades earlier had become the subject of a cult following, he officialy returned to live performance, playing in some of the city's leading venues, where he is quite rightly introduced as "The Legend… Don Shinn!". Yes, you are, my friend.
​
​
​If you enjoy what I have put together please consider donating any amount to support and help me to keep this valuable research going. Thanks!!
Powered by