Spring 1960 (?): Dick Vance Recording Studio, 3249 Grand Avenue, Oakland, Alameda County, California
The Blue Velvets headed into a recording studio for the first time and recorded a couple of songs, 'Yes I Love You' and 'Oh Yes I Know,' with John Fogerty's older brother Tom (b. Thomas Richard Fogerty, Sunday, November 9, 1941, Berkeley - d. Thursday, September 6, 1990, Scottsdale, Maricopa County, Arizona, of tuberculosis) on vocals. "We made a little demo record with Tom at a place called Dick Vance Recording Studio," John Fogerty confirms in his autobiography. "The room was so small we actually had to open the window so Doug could sit on the sill and play his drums. I think we cut two songs there, with Tom singing. All we got was a shellac copy. The guy [Dick Vance] just cut it right on the spot, and that's it - that's the only copy you have. I know for at least part of the song Tom had to manipulate the volume control on my Silvertone so it could sound like a vibrato. I just played and Tom turned the knob." Although John remember that only one copy of the acetate exist, Doug Clifford actually thought that the three other guys had an acetate too, just like he did at home. Doug also had some more unreleased acetates recorded by the band with Tom Fogerty such as 'Baby Doll' and 'Sandy Lou.' By then, Tom, who had previously sang with the Playboys, and Spider Webb and the Insects, also occasionally showing up at the Blue Velvets' gigs. "Tom would sit in with us, sing about five songs and split, and all the girls would go goo-goo," Doug Clifford recalls. "He could do the Valens stuff, his 'La Bamba' was as good as Ritchie's. And he used to sing the shit out of [Bobby Freeman's] 'Do You Wanna Dance.'"

Summer 1960: Alameda County Fairgrounds, 4501 Pleasanton Avenue, Pleasanton, Alameda County, California
"As we kept playing, opportunities started to open up, and this guy, Bob - I cannot remember his last name - took the Blue Velvets under his wing," John Fogerty recalls in his autobiography. "He was with the El Cerrito boys club. We got to do shows all over the Bay Area - places like Pleasanton, San Leandro, and Oakland - representing the boys club. Because we were kids, Bob would drive us and bring our equipment. He was a really good guy, and he helped us. I've never been able to track him down, but I wish I could. So the Blue Velvets got great exposure and the opportunity to play a lot. It was good discipline. We worked up three, four songs and went far and wide."

Summer 1960 (?): Sound Recorders Inc., 421 Powell Street at Post Street, Union Square, downtown San Francisco, California
The Blue Velvets backed up (uncredited) an up-and-coming singer from Richmond, California, named James Powell on the recording of his single, 'Beverly Angel / Lidia.' "We were playing somewhere in Northern California when James Powell first approached me," John Fogerty recalls in his autobiography. "He liked my little band. He said, 'Well, I’m gonna make a record and I need a band to play on it.' I was only fourteen [actually fifteen]. Unlike some musicians, I was always driven. If something lands in your lap, you’re supposed to say, 'Yeah, man - I’ll do it!' Right? Nowadays every kid can make a record on his iPhone. So it’s not such a romantic notion anymore. This was, 'Mom, we’re gonna make a record!' This was out in the world, making a recording. Just to be able to say it! How cool is that? James was a black guy and a pretty doggone good singer. I think he was about twenty-five or so. He had a song he wanted to record called 'Beverly Angel,' a classic doo-wop. Really cool song. And he had others - every song was a girl’s name. We rehearsed. I don’t know how many times he came to either my house or Stu’s rumpus room. James knew a guy named Joe Jarros who had a little company called Christy Records. He was a small businessman, and on the side he had a tiny label - the innocent side of the old-time rock and roll record business. We were basically backing James, but to do that right, we needed a bass player on the record. Now, they had a string bass in Mrs. Starck’s music room. A couple of times she let me play it. Mrs. Starck had made chalk marks on it so I could see the finger placements and play whatever song she wanted. Hey, it’s like a guitar, only bigger. So I decided I’d play bass on James Powell’s session. I couldn’t use the school bass, but on my paper route there was an older fella who played bass in a country band. They had a weekly gig in Oakland, broadcast on local TV. I always loved when he was home because we would talk about music for a while, and he was always full of encouragement for me. A cool guy. So one day as I was delivering the paper, I told him we had this opportunity to make a record. He responded, 'The heck you say! Really?' He was enthusiastic, so I asked to borrow his stand-up bass. 'Sure, man. If I’m not home, just come tell my wife. The bass is in the garage.' James had rented a trailer. A string bass is huge. That’s why they invented the Fender Precision - so you didn’t have to go through this! I show up at the guy’s house, and he’s not there. His wife looks at James, she looks at me - I’m just some kid with a paper route. I’m not sure she understood the situation, but she let us take the bass. Lord, we drove across the Bay Bridge, with that big string bass in the open-air trailer, to Coast [actually Sound] Recorders in San Francisco. Coast [Sound] was a real recording studio. We walked in and I saw Monk Montgomery, the brother of Wes Montgomery. Monk was, like, the first jazz bass player to go electric. I thought, Wow, the big time! Walt Payne was the engineer. Years later he was the engineer on 'Susie Q' for Creedence. Doug, Stu, and I did the music with James singing, and then I overdubbed bass, which turned out fine. James also overdubbed harmony with himself - an advanced thing for its time. 'Beverly Angel' is not quite 'Earth Angel,' but it’s close. It sounds pretty good. It’s got a big echo and a real ending - it doesn’t just fade out. 'Beverly Angel' didn’t sell any copies that I know about, but that record eventually got played on the radio. Feature that: I made a record with my band at fourteen [fifteen] years old - a record that got played on the radio. Even weirder, it was an R & B record, a black record played on a black station - my favorite R & B station, KWBR! I was pretty proud. I mean, I didn’t assume, 'This means I’m headed to Carnegie Hall.' But get this: Stu took electronics with Mr. Thomas at El Cerrito High, and the project was to make a radio. Well, Stu made his radio, and the story goes that when he first fired it up, 'Beverly Angel' came wafting out. Can you imagine that? 'Hey, Mr. Thomas - it’s my record!'."

Fall 1960 (?)
James Powell's single, 'Beverly Angel / Lidia' (Christy CTY 45 137), was released only in the US by Joe Jaros' Christy Records, an indie label from Los Gatos, Santa Clara County, California. The disc was produced by James himself, who was also the author of both songs copyrighted by him (with his full name of James Cortez Powell) on Monday, April 4, 1960 ('Lidia' with the original title of 'Martha, My Darling'). The single was reissued in March 1961 (Christy CTY-61151).

Summer 1961
Tom Fogerty got a solo record deal with Wayne J. Farlow's Orchestra Records, a newly born small Bay Area indie label. He put in place a verbal agreement that the Blue Velvets be his backing band. "[The Orchestra period] was great because it gave us a place to work on our craft at a time when there really weren't too many opportunites, especially for guys like us," Doug Clifford reflects. For Orchestra, the group now officialy became Tommy Fogerty and the Blue Velvets. Farlow had an interest in recording and apparently owned several studios around the Bay Area, including one out by the Oakland airport.
​
TOMMY FOGERTY AND THE BLUE VELVETS (SUMMER 1961 - APRIL 1964)
1) John Fogerty piano, lead guitar
2) Doug Clifford drums
3) Stu Cook piano, rhythm guitar
4) Tommy Fogerty vocals, piano
October 1961
Tommy Fogerty and the Blue Velvets' debut single, 'Come On Baby / Oh My Love' (OA-6177), was released only in the US. The single pair a couple of Tommy's originals. "There is no bass per se on the Blue Velvets records," Stu Cook points out. "John would tune the guitar down and play on the lower strings." "We tried to gey Casey Kasem at KEWB to play the record," Doug Clifford recalls, "with a 'local guys' angle, and he was like, 'I don't know, you'll have to get play somewhere else first."

January 1962
Tommy Fogerty and the Blue Velvets' second single, 'Have You Ever Been Lonely / Bonita' (OA-611010), was released only in the US. The single, which was added to the Oakland Top 40 station's play list, was a better produced record and marked the debut of John Fogerty as a writer. He was the author of both songs ('Bonita' was co-penned with Tom). The playing was confident but the record did not sell. "'Bonita' was cool,' Doug Clifford recalls. "It had kind of a snappy, almost Latin thing going on. We were hopelessly optimistic, so it was certainly disappointing when the singles weren't successful. Besides, Orchestra probably would have gone belly up if they'd had a hit."

June 1962
Tommy Fogerty and the Blue Velvets' third and last single, 'Now You're Not Mine / Yes You Did' (210 / OA-6252), was released only in the US. John penned the A-side, while Tom the flipside. The single again did not sell, so a frustated Tom decided to wait out the option on the contract, principally because of the parochial nature of the label.

June 1963
John, Doug, and Stu graduated from El Cerrito High School. At that point, not sure if their futures lie in music, John went to work at a gas station during the day, but he also played every session he could at Berkeley's Sierra Sound Laboratories in the evening, while Doug, who expected to be a high school history teacher and football coach, and Stu, who expected being a lawyer like his dad, were both enrolled in San Jose State College later that fall and lived on campus. Meanwhile, Tom, married to Gail Skinner and the father of a son, had taken a job as a lineman with Pacific Gas and Electric (a job he did for six years).

​April 1964
Max Weiss, co-owner of the Fantasy Records with his brother Sol, auditioned the Blue Velvets for his label and finally signed a management contract with them. Fantasy's investment in the band was minimal, but Max, who became the band's principal manager, proved very helpful. First, he told the band to rename themselves. The Blue Velvets was too 1950s sounding, he told them, and the band dutifully rechristened themselves the Visions. Second, he got them additional gigs, including a residency at the Monkey Inn in Berkeley, a dive bar popular among fraternities.
THE VISIONS (APRIL 1964 - NOVEMBER 1964) / THE GOLLIWOGS (NOVEMBER 1964 - DECEMBER 23, 1967) / CREEDENCE CLEARWATER REVIVAL #1 (DECEMBER 24, 1967 - FEBRUARY 1, 1971)
1) John Fogerty vocals, lead guitar
2) Doug Clifford drums
3) Stu Cook bass
4) Tom Fogerty vocals, rhythm guitar
CREEDENCE CLEARWATER REVIVAL #2 (FEBRUARY 2, 1971 - MAY 22, 1972)
1) John Fogerty
2) Doug Clifford
3) Stu Cook
​ 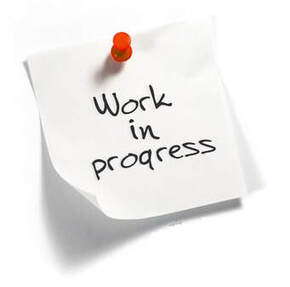 ​​If you enjoy what I have put together please consider donating any amount to support and help me to keep this valuable research going. Thanks!!
Powered by